An explanation by Tom Smith, Head of Colour at Billi Currie, London.

Over the last couple of years we have all been noticing the developments of more textural, freehand hair colours and as more and more colourists, companies and magazines try to put their own spin on the concepts, hairdressers and their clients alike are getting confused!

It all started with the ‘dip dye’. A trend that was born within the younger, more alternative, student demographic. Eager to experiement with different hair colours but not in the financial position to maintain the fast regrowth, the stretched out root suddenly became a ‘look’! Reimagined and exaggerated by the catwalks (see Prada A/W 2012) Dip Dye was taken on by fashion concious hair-dyers and became a must have!
. 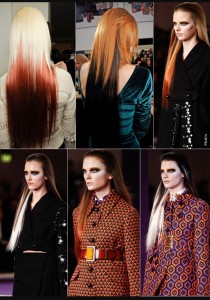 .
We then began to see a natural progression back into the consumer market in the form of ‘Ombré’. This was a softer, more wearable version of Dip Dye and its popularity soared. Ombré meant that those who previously would have stayed away from bright blondes due to having darker skin tones or eyebrow colours could suddenly embrace the inclusion of lighter and brighter tones without looking harsh. While the ‘zero root’ maintenance just made Ombré all the more desireable. The word itself is of french origin and literally means ‘Shade’. In the hair world Ombré is taken to describe a gradual fade from one colour to another, unlike the sharper, more stark contrast of Dip Dye.
.
Then, back into ‘high fashion’, an even softer, prettier development was born. Categorized simply as ‘Balayage’ this new wave took Ombré and melted it together with the effect of classic highlights to bring things back almost full circle. Balayage, also french, means ‘to sweep’ and thats what hairdressers (and some brave home dyers) began to do, with colours, through the hair. The image of Lily Aldridge, with a few minimal splashes of brazilian-toned golden blonde became the image that everyone brought to their stylists. Itbeautiful example of Balayage highlights used just through the ends for an Ombré effect.
. 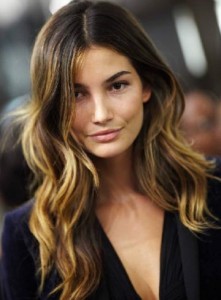 .
Incidentally, Balayage is the umbrella term for most of these looks. Its the technique used by hairdressers to add highlights to the hair but in a freehand way, rather than using the tradition foil method. Already being popular in parts of france for decades, this has been modernised and blended with the echoes of Dip Dye and Ombre to give unlimited variations. Colour can be swept straight from the root to give defined highlights, or fading from part of the way down the hair. While being an exceptionally versatile technique its very important that this is carried out by an experienced colourist. Painting the hair looks very simple but being a visual technique, a great deal of thought must go into the placement and the blend of each strand (a strong background in classic, technical highlighting is essential!). As Alexander McQueen said, “You’ve got to know the rules to break them”.
.
Now we are hearing another french word; ‘Ecaille’ (pronounced Ek-ai-yee). Translated as ‘Tortoise Shell’, it has been used to describe the more luxurious reinvention of a combination of techniques. Hairdressers are getting this Tortoise Shell effect by updating the grown-out Ombré with a fusion of foil woven Highlights, freehand painted Balayage and root ‘Smudges’ (a type of all over colour that takes the edge off of natural hair to slightly lighten and tone). This is super bespoke and detailed. A good colourist will use a combination of these applications to create a totally unique, flattering, multi-dimensional, ‘Ecaille’ hair colour that changes as the hair moves and looks as striking or as natural as is required.
. 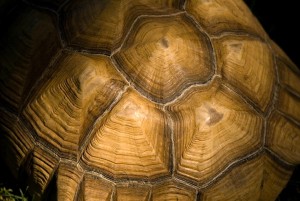